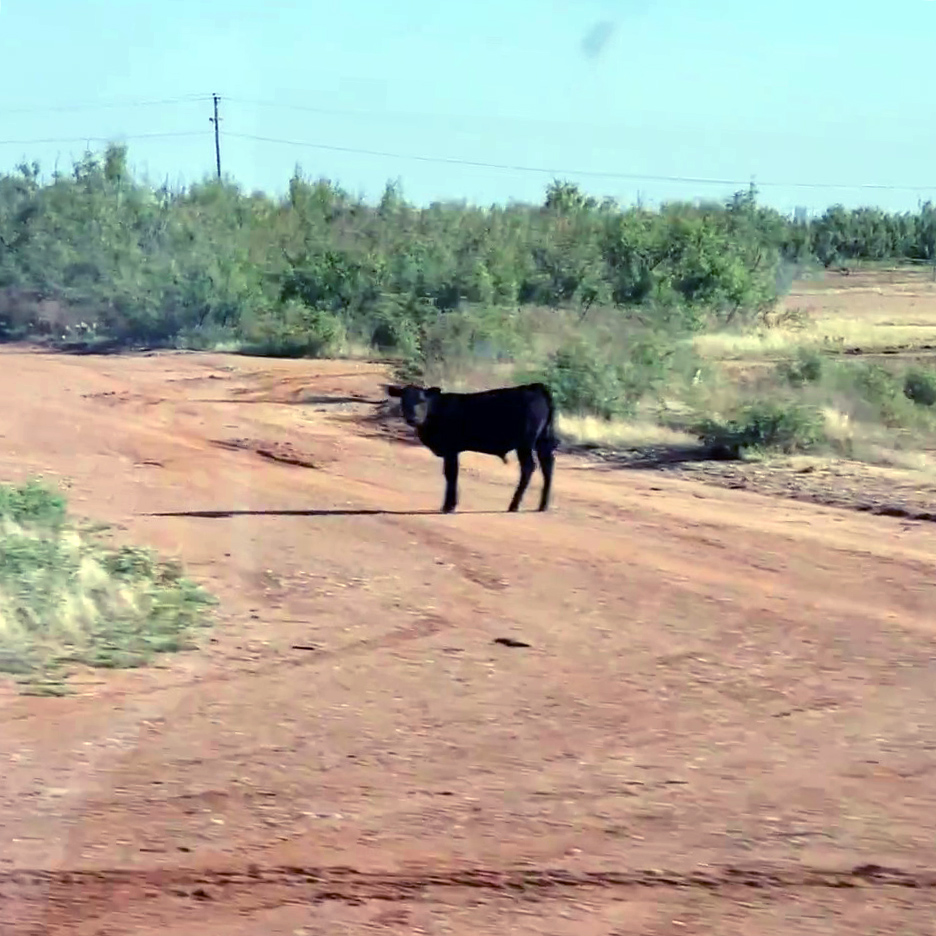 Several days a week find me commuting a little over 70 miles. Once in a while a take an alternate route that takes me through open range land. You know you’re in open range land when you’re driving down a road, usually a Farm-to-Market road, and you suddenly cross cattle guards and the fences disappear. This type of driving demands your attention so toss the phone in the seat beside you. Why? Because livestock has just as much right to the roadway as you do and a 1,200 lb. piece of beef will destroy you and your vehicle.

So I noticed a few months ago when the little beefs were just learning to walk/run that when I approached they appeared to briefly think for a nanosecond or two and would then bolt off in whichever direction they happened to be facing at the time. Of course, sometimes that direction would send them bolting in front of the 3-ton truck I was expected to keep under control.

Obviously, one of the safest things for me to do was to slow down when I approached them. A few months ago the sight of one of our bovine friends would bring me to a crawl of about 30 mph. Not so much today. Today, I continued past them at a nice 50-60 mph, depending on their proximity to the roadway.

One of the things that occurred to me today was how their mommas would never panic. Momma cows always looked at the approaching vehicle and then went back to munching on grass. Why did that occur to me? Because, today, most of the calves (when do they stop being calves?) did the same thing. They’ve gone from panicked rushing in whatever direction, to dashing away from the road, to taking a few steps away from the road. I expect that soon enough they will, like their mothers, look up and not react at all.

This occurs even though the 6,000+ tons of steel still pose a mortal threat to my little bovine friends, despite being familiar.

When I was thinking about that, I couldn’t help but wonder, how often do we as individual believers or the church do that? How many issues have we accepted culture’s changing norms as okay? How often do we not fear what we should due to our familiarity with the threat it poses?

Culturally, where are we? Do we accept things that could kill us spiritually simply due to their familiarity?