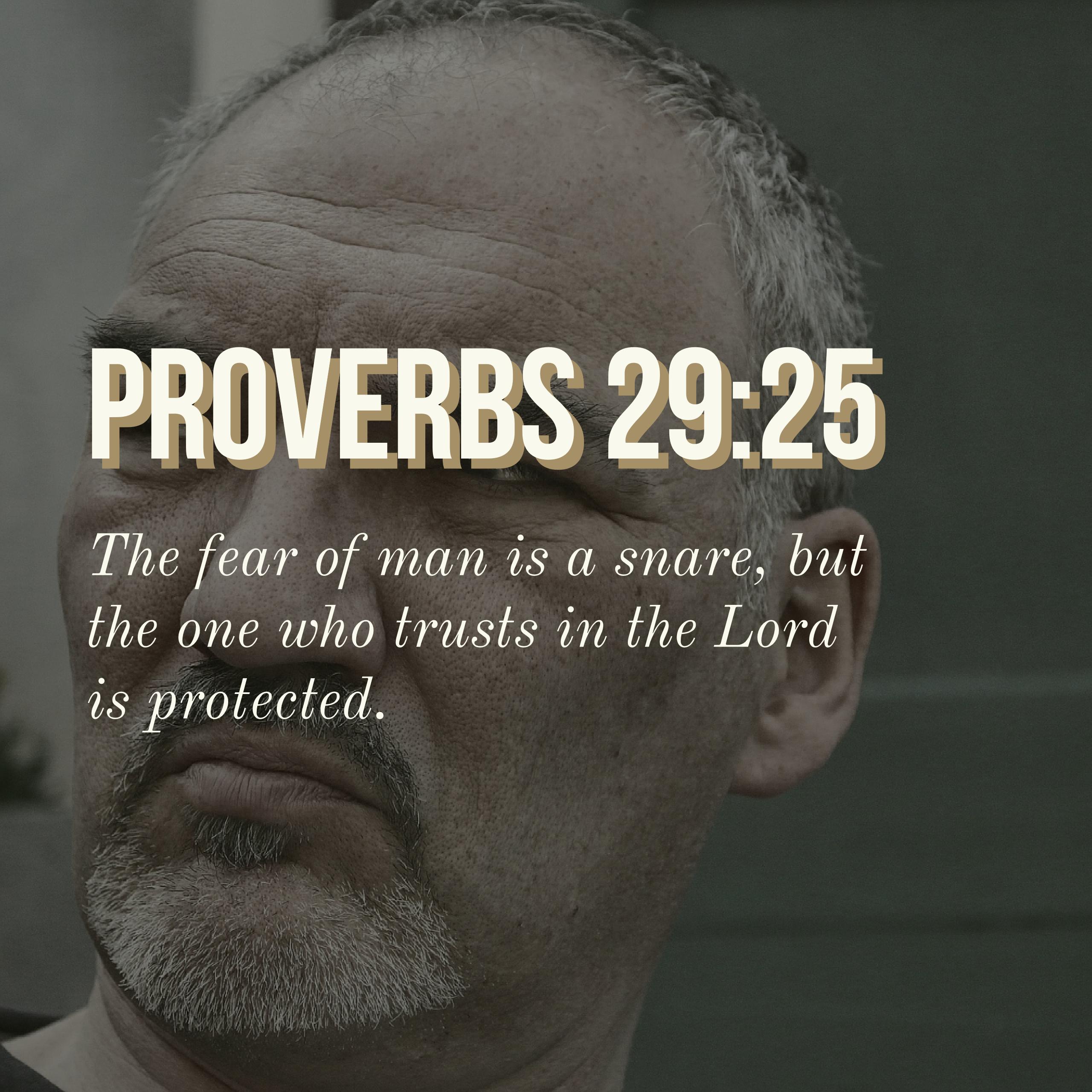 The fear of man is a snare, but the one who trusts in the LORD is protected. ~Proverbs 29:25

The pulpit commentary, available for every verse I’ve come across so far at biblehub.com, has this to say about Proverbs 29:25.

He who, through fear of what man may do to him, think or say of him, does what he knows to be wrong, lets his moral cowardice lead him into sin, leaves duty undone, – such a man gets no real good from his weakness, outrages conscience, displeases God. … trust [in God] carries a man safe through all dangers; fearing to offend God, living as always under his eye, he feels Divine protection, and knows that whatever happens is for the best.

God’s Word can be pretty difficult sometimes. Especially when you’ve been engaged in a long-term struggle. Certainly we need to keep verses like Matthew 11:29 in mind. But a relationship with God is not always easy.

Proverbs 24:10 is clear. We are called to be strong. We’re going to face challenges, difficulties, persecutions, and more for being obedient to God. Be obedient anyway.

What does this have to do with the commentary above? How is the fear of man a snare? The snare is that we fail to do what we are convicted of and thereby sin (James 4:17). There is no finer example of this than Saul. He knew to destroy the Amalekites completely but let Agag survive. He did it because he feared the people (1 Samuel 15:25). The result of his knowing disobedience was the withdrawal of God’s favor and loss of the kingdom.

He who, through fear of what others may think, leaves duty undone, displeases God. (Proverbs 29:25)

Society has conditioned us to seek approval above all else. Wear the right clothes, don’t offend anyone, and have the right stuff. None of that matters. When we neglect our duty to do what must be done we lose out. We lose out on blessings and we lose out on the chance to get fulfilled by seeing we have a role in God’s Kingdom.

Timothy Keller! You Knock That Off Right Now!

Am I a Christian Nationalist?

Should I Stay or Should I go Now